Filipino variation of spaghetti is sweet, cheesy and meaty, generally. No vegetables added aside from onions and garlic used in sautéing ground meat. Sub variations exist depending on family heirloom recipe. 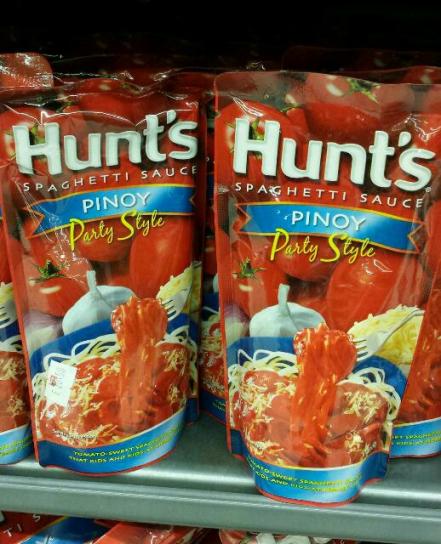 Apart from being sweet, ingredients are namely, ground beef or ground pork or corned beef (depending on one’s budget), hotdogs (those red Filipinized hotdogs like Purefoods), canned spaghetti meat sauce or canned tomato sauce, Filipinized ketchup (made from bananas, not tomatoes), evaporated milk (my mother also put this in the sauce), sugar, processed cheese food (like Eden or Kraft), and of course dried processed spaghetti noodles (like Royal). All these create a spaghetti variation that only exists in the country.

Also Del Monte. Plenty of branded pre-made Filipino style spaghetti sauce for the big market in the country and the Filipino marts worldwide

Perhaps the introduction of spaghetti concept  is a legacy of American colonization, and along with it the affinity for processed ingredients. 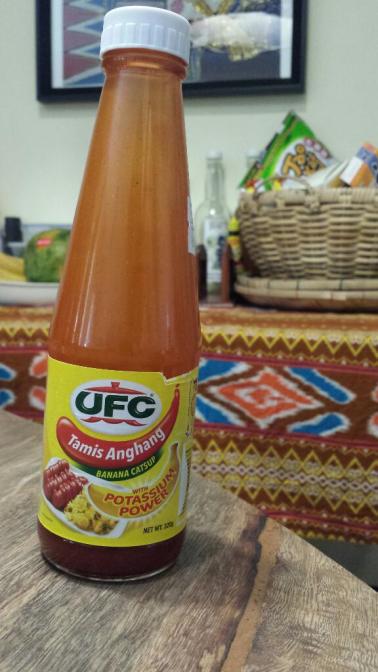 Ketchup that is close to the hearts of Filipino masses. This Filipinized ketchup is made of bananas, hence the potassium power in place of lycopene power

Such is the affection of the Filipinos for spaghetti that several brands of ready-made spaghetti sauce sell Pinoy style sauce, also that imported fastfood chains have spaghetti in their menu. McDonalds and KFC for instance, but only a local chain knows how to make better spag (local nomenclature for spaghetti). Sa Jollibee bida ang sarap.

No one makes a fastfood Filipinized spaghetti better than this Filipino chain. Sweet sarap na the best!