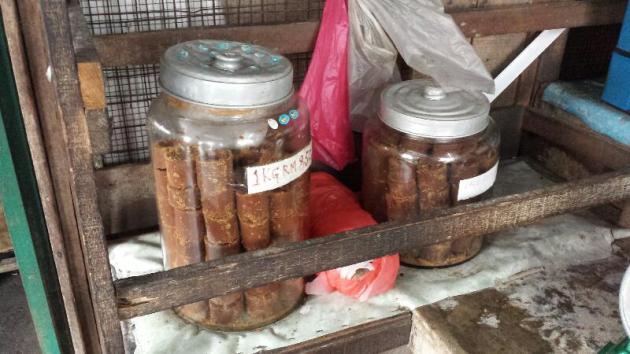 Gula melaka (translation: Melaka sugar) is the palm sugar of Malacca and used as sweetener for Peranakan desserts (e.g. kuih) and beverages. The crudeness of gula melaka reminds me of Philippine panocha, likewise a raw sugar in hemisphere form but extracted from sugarcane instead. Whereas the panocha’s hemisphere came to be because half coconut shells were used to solidify cane sugar, comparatively, the cylindrical shape of gula melaka was formed by solidifying palm sugar in bamboo tubes. Charmingly crude.