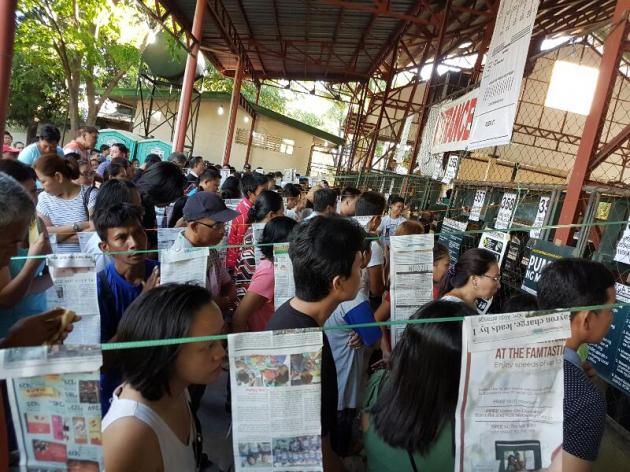 Lengthwise cut of newspapers hung on straw ropes as distinct separator for precinct cluster queues in today’s Philippine Election. Due to this improvisation, the queueing was quite orderly early this morning. 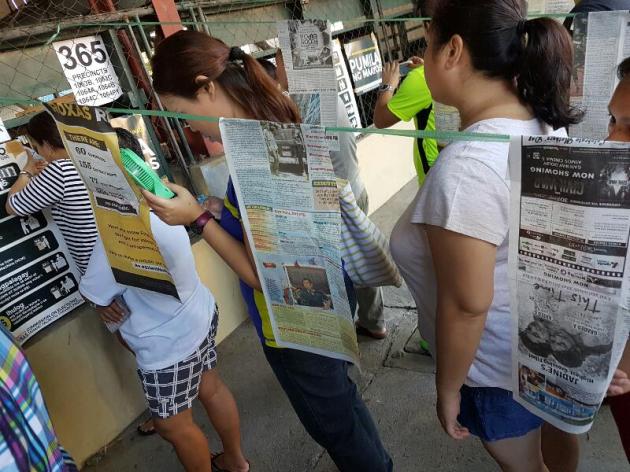